Economists have a critical role to play in decisions that would shape their future.

The basic job of an economist is to efficiently allocate scarce resources, but Pamantasan ng Lungsod ng Maynila President Emmanuel Leyco said this has far-reaching consequences to society.

“Policy makers always need to make the choice... Decisions can lead to poverty, starvation, or even death,” he told members of the PLM Young Economists’ Society during their Student Leaders’ Convention on Saturday.

“There is always a dilemma: we have limited resources, so who do we choose to benefit from these?,” President Leyco added.

Economists, whether in public service or in private practice, shape people’s lives and finances. One’s moral compass or personal values dictate the decision-making process — one which could benefit the most people or just seek personal gain. Corruption in government, as an example, deprives the Filipino people of quality public service as the money meant for it serves to only enrich a few.

Inflation, or the pace of price increases of basic goods, is felt stronger by the poor compared to the rich. The little money they have goes into mostly food and basic commodities, and price spikes eat into their monthly budgets more compared to those with bigger incomes. This is also true for Filipinos in Metro Manila compared to those in the provinces, as the latter mostly earn smaller wages.

President Leyco, a tenured academic, public finance and capital market analyst, advised the aspiring economists to always think about what would bring the most good and least harm to the biggest number of people possible.

“If you are a businessman, did you give the buyer what’s fair for the money that they paid?”

Since 1965, PLM has been shaping the Filipino youth to contribute to nation-building, guided by the principles of karunungan, kaunlaran, at kadakilaan. # 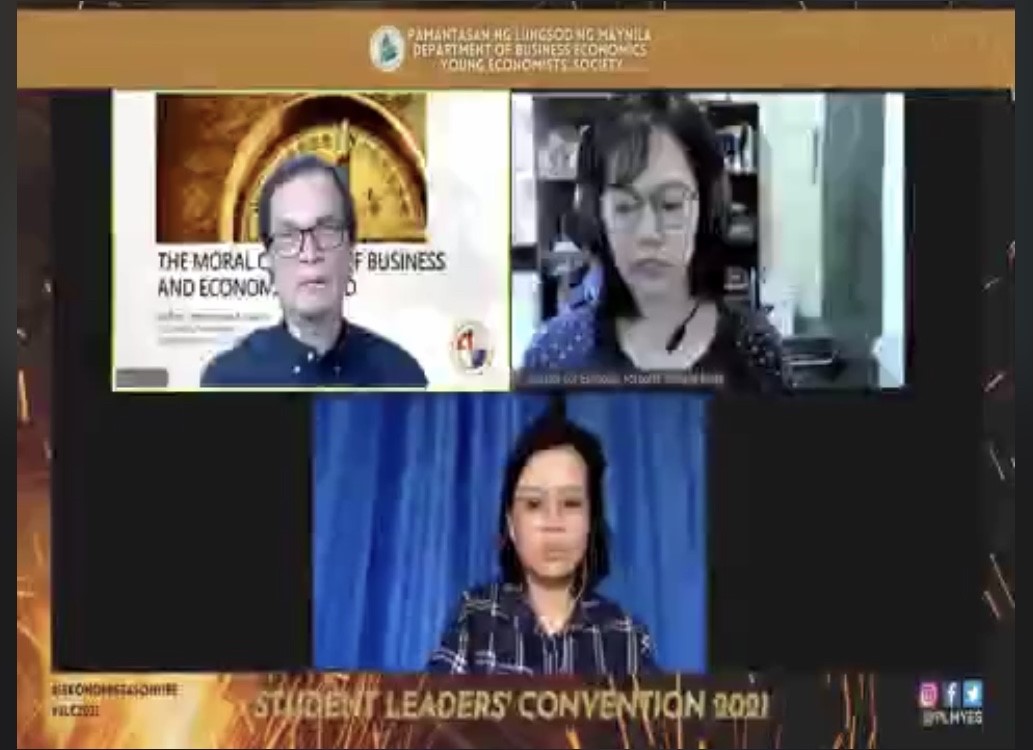